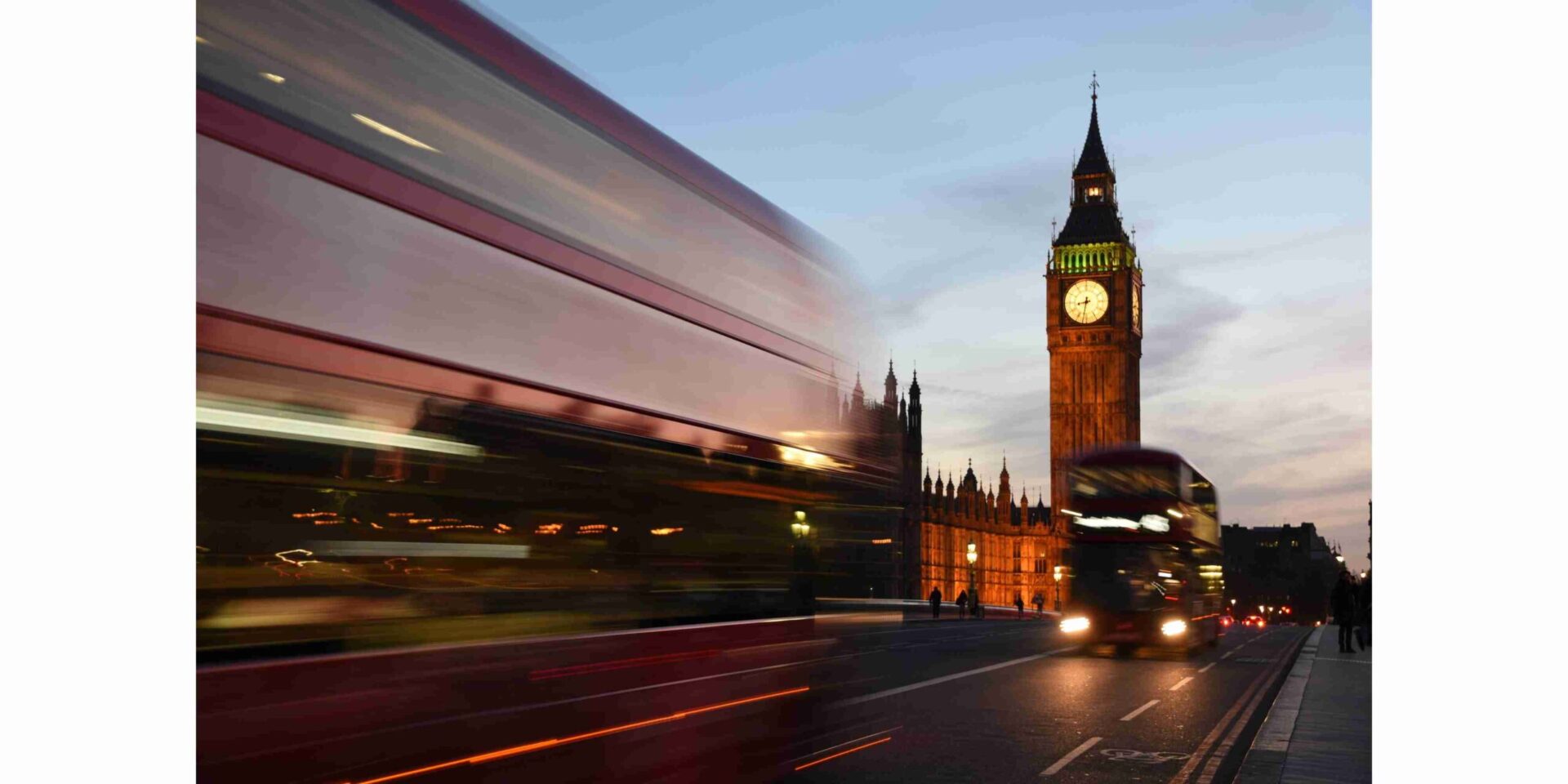 For most of 2022 rising interest rates and the cost of living crisis had not hit the market. Transaction volumes remained above pre-pandemic levels and prices continued to rise.

The Truss government mini budget was the catalyst that changed the momentum. Since then, the market has gone into decline.

In October ONS average UK house prices hit the top of the market cycle at £296,422. Rightmove, Halifax and Nationwide indexes already show prices declining. These are leading indicators, ONS data is circa. 5 months behind.

Banks currently provide no interest rate spread for different LTV’s. So, someone borrowing at a 95% LTV will be paying the same interest rate as someone with a 65% LTV.

How much will house prices decline?

Forecasts for house prices drops range enormously. Some predict prices will fall by 2 to 3%, others predict a 30%+ decline in house prices.

I think a house price correction will look very different to what people imagine. Of course, some markets will see significant falls in house prices. Those that experienced rapid increases outside of major centres will suffer most. Purchasers paid too much, fueled by low interest rates and herd mentality.

But, across the board prices may not fall as much as people expect.

We may end up in a stalled market. Where prices do not decline as much as many expect and new supply declines. Here is why.

The fear of a collapse of the housing market made the government act. It over stimulated the housing market with its stamp duty holiday. The SDLT holiday, working from home and lower interest rates inflated house prices. Since June 2020 house prices increased by 25% (ONS). Growth has been greatest for houses in less central locations. Apartments schemes have not experienced the same growth.

This has further changed the housing supply dynamic. Most developers have left central CBD locations in favour of lower density housing.

Before the covid 19 pandemic many commentators forecast a housing market crash. Instead of a crash we had nothing. Most owners sat on their hands. Transaction volumes declined and people stayed put. There was no pressure to do anything with interest rates at historic lows. Why sell your property for less than you think it is worth if there is no pressure to do anything?

For a significant price correction to take place ie. a drop in prices of say 30%, you need to assume one (or all) of the following is going to happen:

All three scenarios could happen, but how likely are they? It is easy to create a narrative around data and say the sky is falling. But will it?

There is no doubt there will be pressure on prices, but most of the pressure will be in the new build market. Most purchasers will not have the ability to benefit in this space. Here is what will happen in 2023.

Lack of pressure for most people to do anything!

About 30% of the properties sold in 2022 were new build. The secondary sales market is far less active than it has been for many years.

No doubt some vendors will come under serious pressure in 2023, the most obvious groups are:

In 2023, there are not going to be that many motivated vendors in the secondary market. The pandemic caused many people to reconsider their circumstances. It created a rise in the number of people retiring and leaving the workforce. Two major reasons why people sell their home. Higher mortgage rates are less of a problem for retirees. They are more likely to have paid off or have a small mortgage.

Many people in this group will down-trade to move closer to friends and family, or to move into a smaller property. Increasing living expenses and the spike in energy prices will add to the motivation to sell.

Most homeowners have achieved significant gains in their home equity. This provides some room for movement if they want to move in the coming year. But new buyers will be price sensitive. Sellers will need to discount if they want to sell. But the vast majority will wait for more favourable conditions. For most people their home is their single largest asset.

Many people are drawing comparisons with the GFC in 2007–2009. The scarcity of credit meant that all but a few very ‘safe’ customers were able to get a mortgage. This caused a 12% decline in home prices. The decrease in demand put pressure on property prices.

In the years leading up to 2007, banks relaxed their lending standards. A third of borrowers in 2007, did not provide their bank with any proof of their income.

UK banks are well capitalised and tested against downturns in house prices. UK high street lenders are mortgage-focused businesses. They will want to make sure credit is available to those that need it in 2023 albeit at higher mortgage rates than at the start of 2022.

Higher interest rates mean banks will be more profitable. They will work with existing borrowers who face a jump in rates as they come off fixed term deals.

Those who have purchased recently have done so with less leverage than pre-2009. According to the latest data from the Financial Conduct Authority (FCA), borrowers obtained mortgages at the following Loan to Values (LTV’s) since 2009:

Homeowners will come under far greater pressure from higher mortgage interest rates. But 96% of loans since 2009 have been at LTV’s of less than 90%. Meaning many will have a significant amount of equity in their property.

In the UK, banks have worked with borrowers rather than foreclose on them. The FCA have already introduced plans to allow those feeling the pinch to cope. They will likely allow borrowers to switch to interest only payments on P&I loans.

Even though existing borrowers have been paying between 1% or 2%, every homeowner who had a mortgage in the previous five years had to prove they could afford a mortgage rate of 6.5% to 7%. This “affordability stress test” was to ensure that customers could afford higher rates.

The housing market has already been running in the background at mortgage rates of 6.5 to 7%. It is a major factor in the housing market’s resilience. Price increases would have been far greater if purchasers only had to prove the ability to pay at 1% or 2%.

Most people in the UK borrow with fixed-rate loans with terms of up to five years. Mortgage rates spiked immediately after the Truss governments’ mini budget. But the markets have since calmed down. The underlying cost of mortgages has returned to the level it had been earlier in 2022.

At the beginning of 2023, mortgage rates for new borrowers taking a 5-year fixed rate will be in the 4.5% to 5% range. Rates will be higher for loans with higher loan-to-value ratios.

Economic headwinds mean that developers will slash production. This will have a major impact on pricing over the medium term, particularly in London. London has higher density projects and which will become very difficult to get off the ground.

There will be price reductions in the short-term driven by economic headwinds. Those expecting a significant correction in pricing will not see them in the way they expect and there there will be parts of the market which will see significant declines in prices

Several years of quantitative easing has created low interest rates and huge asset inflation. But no one can afford for the bubble to burst. Asset growth will need to slow over time.

Neither a Conservative or Labour government (or the UK economy) could cope with a collapse in house prices. If house prices go south the government will intervene – look at what they did for covid 19. Intervention will need to focus preserving value rather than further market stimulation. Other governments have already done this. Spain has approved mortgage support for 1 million households (Nov 22).

Parts of the market will see price corrections; some will be significant. But only those with the capital available and buying power will be able to capitalise.

Market agnostic investors and those with capital will be the benefactors. But those buying for themselves will need to be flexible on where they want to live.

International investors will win from market conditions. A weak pound and better domestic economic conditions will make the UK once again an attractive investment location. Foreign investors are not impacted by section 24 if they buy in a company. If you’re thinking of investing in the UK, check out our Investor Guide to the UK, here.

The UK economy is going into a long period of low economic and low wage growth. Housing supply in the medium term will drop.